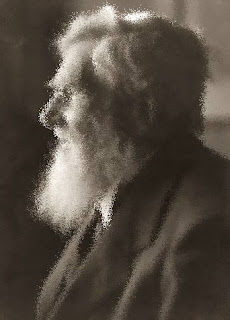 I'm through with the chapter on Alfred Russel Wallace of Marek Kohn's book A Reason for Everything (2004, Faber and Faber). As Jeremy Fox mentioned in the discussion following my post on Price's accommodation, the book gives abridged accounts of the lives of famous Darwinists, except for Darwin who is well attended by a whole industry.

On Darwin's supremacy over Wallace, Kohn wrote: "Wallace acknowledged that time and again, most memorably when he gave the world the expression 'Darwinism'."(Kohn 2004, p. 35)

As I just learned from a page by Charles H. Smith of Western Kentucky University in Bowling Green, care must be taken not to misconstrue that as Wallace coining the term Darwinism. According to Charles Smith, Wallace did not, but he popularized the already existing term by naming a book of his "Darwinism". Charles Smith also collected quite a bit of other misinformation about Wallace he found floating through the web and has many of his articles available there. I recommend this page to everybody interested in Wallace.

Update 7 Aug. 2013:   See also here for reviews of Darwin's Origin of Species being published years before Wallace published his book Darwinism that use the term Darwinism already.